Tech Blog 101: What is the Most Important Physical Property of a Lubricant?

Tech Blog 101: What is the Most Important Physical Property of a Lubricant?

Viscosity is the Most Important Physical Property of a Lubricant 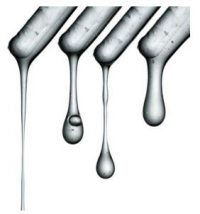 There are other physical properties, too, such as temperature performance, shear stability, water resistance and volatility, all of which can be managed for optimal lubricant performance using appropriate base-stock formulations and additive packages.

Viscosity is the most important physical property of a lubricant. How the viscosity of a fluid reacts to changes in temperature, pressure or speed determines how well a fluid can perform the basic functions of a lubricant.

Viscosity is the property that causes honey and water to flow differently when poured: they have different viscosities from each other. When external forces act on a fluid (such as gravity), the molecules within the fluid begin to move against each other, resulting in molecular friction that resists flow. Viscosity is a measure of that internal friction, or the measurement of a fluid’s resistance to flow.

When determining which fluid is most suitable for an application, viscosity is an important characteristic to consider. If viscosity is too low (too thin), boundary friction between mating components generates heat and excessive wear. If the oil’s viscosity is too high (too thick), it can cause excessive heat and increased energy consumption. For most applications, using a higher or lower viscosity grade fluid provides no additional benefit so long as it falls within the range required by the equipment manufacturer. (We get quite a few questions from customers who inquire if they should use a higher viscosity in hot climates or a lower viscosity in colder climates. Our answer is, “use the recommended viscosity,” especially with AMSOIL. We believe these questions reside in an old belief when customers used a thicker oil in case the oil “broke down,” or, with conventional oils in cold climates, they wanted to ensure their vehicle started. -ed.)

Knowing that a fluid’s viscosity is directly related to its ability to carry a load, one would think that the more viscous a fluid, the better it is. However, the use of a high-viscosity fluid can be just as detrimental as using an oil whose viscosity is too low. Lubricants with inadequate viscosity for the application may lead to:

Lubricants with too high a viscosity for the application could product equally negative results, including: 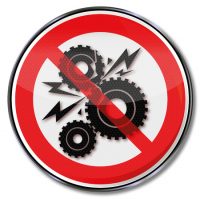 AMSOIL Protects Against Friction and Wear

The key is to select a fluid with a viscosity that is not too low or too high. The viscosity of an effective lubricant must be adequate to keep moving parts separate under normal operating temperatures, pressure and speed.

A note on Viscosity Index

The viscosity index (VI) of a lubricating fluid refers to how much the viscosity of the fluid changes due to temperature. A high VI indicates the fluid undergoes little viscosity change due to temperature fluctuations, while a low VI indicates a relatively large amount of viscosity change. Fluids with a high VI provide more protection to critical components over a wide range of temperatures by maintaining fluid thickness and the necessary fluid barrier between parts. Viscosity index numbers above 95 are considered high.

AMSOIL VI’s for the Signature Series Synthetic Motor Oils range from 153 to 185. (wow! -ed.) AMSOIL synthetic lubricants are formulated to have naturally high VI’s so the need for viscosity index improvers is reduced. What this means to customers is AMSOIL is able to achieve optimal cold-weather performance with virtually no loss to shear-stability performance, and resists thinning at high temperatures to suppress the generation of additional friction and heat generated by components in contact due to a thinning lubricant. The best of both worlds.