The Benefits of Synthetic Oil Versus Conventional Oil

The difference between semi-synthetic and “real” synthetic oil

The Benefits of Synthetic Oil Versus Conventional Oil 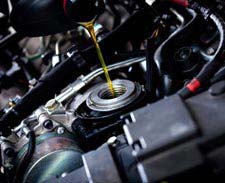 Your choice of motor oil will dictate if your vehicle will continue providing top performance for the longest period of time possible.

By and large, you get superior performance when synthetic oil is used in all of your vehicles. This includes cars, trucks, recreational vehicles, motorcycles and other specialty vehicles. While some people might not understand the term synthetic oil, they should know that it is regarded as being the superior choice under most circumstances.

Conventional motor oil is mineral in content and refined from crude oil. Thick conventional oil breaks down faster compared to synthetic oils. This can result in the build-up of sludge in your engine. As crude oil prices can vary, the cost of conventional oil can also vary based on the international price for a barrel of oil.

A quality synthetic oil is a formulation of chemical compounds carefully designed and manufactured. It is designed, not refined, to obtain the benefits desired. There are synthetic blends available that combine synthetic oil with conventional oil, but they do not offer the same advantages as motor oil that is strictly synthetic. Synthetic blends have no requirement as to what percentage of the lubricant is synthetic.

When oil circulates throughout an engine, it accumulates dirt, fuel, coolant, and other contaminants. Over time, this process can turn it into a noxious sludge, which will impair the car’s performance while also speeding up its rate of deterioration. Unlike its conventional counterpart, synthetic oil has been purified, meaning that it resists forming sludge because it can hold contaminants in suspension, rather than contaminants becoming part of the lubricant.

Left alone, oil settles, meaning that it takes time to heat up before it can provide the moving parts of the engine with sufficient protection from friction. This is a serious inconvenience for most car owners but particular so for those who live in colder climes with sub-zero temperatures. Synthetic oil has been engineered for better flow at lower temperature, meaning that it can reduce the inconvenience for the car owner by beginning to offer protection faster than otherwise possible. Since most engine wear occurs at start-up, a quality synthetic oil that flows better protects better at start-up.

Cold weather in general can add extra pressure on your vehicle. Synthetic oil that flows better in cold temperatures helps the engine to start sooner in freezing conditions. It is the oil of choice for snowmobiles, tractors and snow removal equipment.

Quality synthetic oils result in less engine resistance due in part to its lubricity. This adds performance, horsepower and better fuel economy. 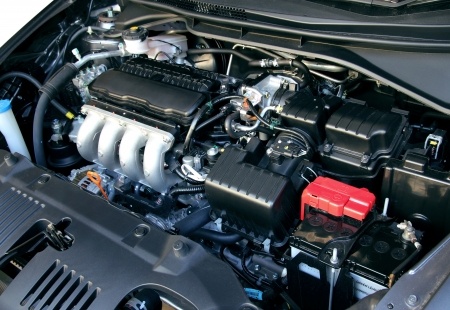 Motor oil is meant to be the cushion between the moving parts of the engine. Conventional oil becomes less and less capable of cushioning as it breaks down over time, whereas synthetic oil can retain its cushioning capabilities for a much longer period of time

At the same time, running engines generate a great deal of heat, so much so that oil can break down or even outright evaporate under such conditions. Once again, synthetic oil have been engineered to withstand these extremes in temperature, thus making it that much more reliable to its users.

Choosing the right motor oil has become more and more important in modern times because engines are becoming more and more demanding. Car companies are making smaller engines with more frequent use of turbochargers, which provide their cars with a significant boost of power at the expense of generating even more heat. As a result, using synthetic oil has become critical for ensuring protection and retaining its properties under such punishing conditions. Many high-performance automobiles come factory-filled with synthetic oil from the factory for these reasons.

Your automobile, motorcycle, truck or RV is an investment and you want it to last. Synthetic oil reduces engine wear thus giving all moving parts a longer lifespan. Special synthetic oil is available for two- and 4-stroke outboard and inboard watercraft engines.

AMSOIL is the leading synthetic oil for all vehicles including farm equipment, power sports and specialty vehicles. AMSOIL offers a wide selection of products for gasoline and diesel engines.