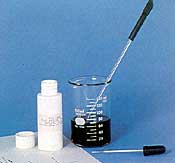 20% of Bulk Oils not up to Minimum Standards, says API

Bulk motor oil testing performed by the American Petroleum Institute (API) indicates many motorists may be receiving substandard motor oil when they drop their vehicles off for an oil change. According to the API, it purchased and tested over 1,000 samples from bulk motor oil tanks throughout North America over the past five years, and nearly 20 percent failed API performance standards.”API is concerned about the high levels of failure we are finding in our audit results,” said Kevin Ferrick, API engine oil licensing and certification system manager. “API is sharing these audit findings with the public as part of its new ‘Motor Oil Matters’ program, which helps reduce the risk of consumers receiving oil that doesn’t meet their car’s performance requirements.”

AMSOIL’s quality control is state of the art, and every synthetic lubricant is highly controlled and tested at several stages of formulation, from receipt of raw materials to finished product, to ensure superb quality prior to being packaged. Batch numbers are also logged with the supporting test results for each batch. With AMSOIL, you always get more than you pay for.