Seven tests were run on the motor oils. The Thin-Film Oxygen Uptake Test (TFOUT) measures the oxidation stability of engine oils. The High Temperature/High Shear Test (HTHS) measures a lubricant’s viscosity under severe operating conditions. The NOACK Volatility Test measures the evaporation loss of oils in high temperature service. Pour Point indicates the lowest temperature at which a fluid will flow. Total Base Number (TBN) is the measurement of a lubricant’s reserve alkalinity for combating acids. The Cold Cranking Simulator
Test (CCS) indicates the degree to which a lubricant can impact cold weather starting. The impressive test results show AMSOIL Synthetic 10W-30 Motor Oil outperformed the competitors in nearly every test. 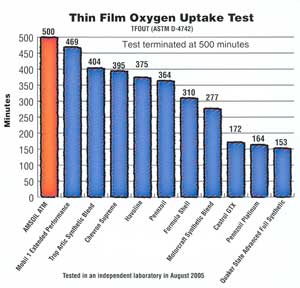 The Thin Film Oxygen Uptake Test (TFOUT) is used to evaluate engine oil’s ability to resist heat and oxygen breakdown when contaminated with oxidized/nitrated fuel, water, and soluble metals such as lead, copper, iron, manganese and silicon. This test is designed to mimic the operating conditions of a gasoline engine. 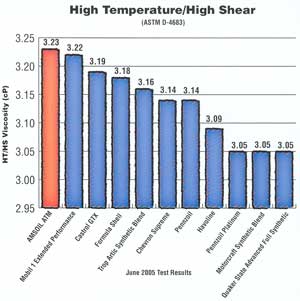 The High Temperature/High Shear Test measures a lubricant’s viscosity under severe high temperature and shear conditions that are similar to severe service applications in an engine. In order to prevent wear, it is important for a lubricant to maintain its protective viscosity level under severe operating conditions.

AMSOIL 10W-30 Synthetic Motor Oil does not “shear back” and thin out like other motor oils. Its superior viscosity stability provides unsurpassed bearing protection for dependable engine operation, especially during hot operating conditions. 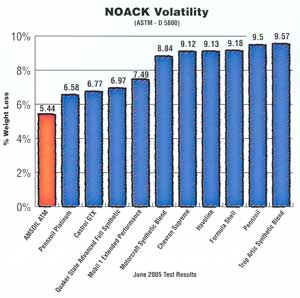 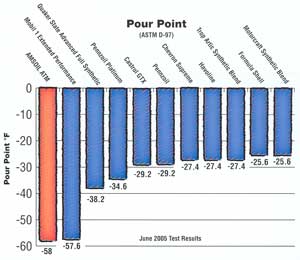 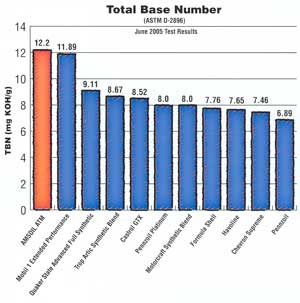 Total Base Number (TBN) is the measurement of a lubricant’s reserve alkalinity, which aids in the control of acids formed during the combustion process. The higher a motor oil’s TBN, the more effective it is in suspending wear-causing contaminants and reducing the corrosive effects of acids over an extended period of time. 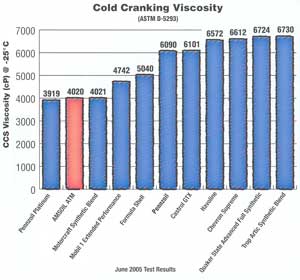 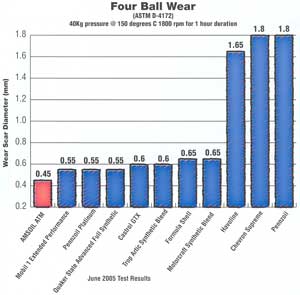 The Four-Ball Wear Test evaluates the protection provided by engine oil under conditions of pressure and sliding motion. The size of the scar left as a result of the test determines the amount of wear protection the lubricant provides. The smaller the wear scar, the better the protection. Tests show that AMSOIL 10W-30
Synthetic Motor Oil has better anti-wear performance than all other oils tested. With AMSOIL Synthetic Motor
Oil, engine life can be extended and major repairs are often reduced.